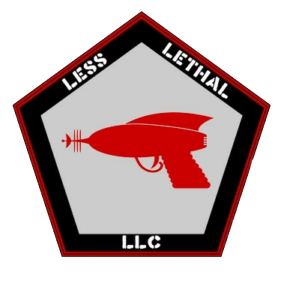 How does a PepperBall System work?

The compliance power of these combined affects means PepperBall products remain extremely effective while also lowering the level of kinetic impact relied upon by other earlier less-than-lethal weapons. PepperBall products thereby also lower the potential for serious injuries to suspects, and the risk of litigation and associated costs faced by agencies around the world.

What is the active agent used in PepperBall projectiles?

Capsaicin II is a super-irritant used in products from PepperBall including our “live” or “red” projectiles, and PepperBall pepper spray. Capsaicin II naturally occurs in pepper plants and is classified Generally Regarded as Safe by the Food and Drug Commission. Capsaicin II is one of a family of molecules called Capsaicins that are responsible for the “heat” found in hot peppers. Each capsaicin comes with various heat generating qualities. Capsaicin II is the hottest molecule in the capsaicin family, and can be thought of as the “essence” of what makes hot peppers hot. PepperBall produces Capsaicin II in a powdered form to a specific quality, quantity, and percentage in our agent formula. This ensures effective dispersal of a chemical agent cloud that is fast acting, super “hot,” and consistently effective. Oleoresin capsicum (OC) used in most pepper spray and other products is derived from pepper plant oil and is therefore a comparatively heavy irritant that is difficult to aerosolize. OC therefore offers a limited range dispersal of greasy droplets. These droplets contain capsaicin, but their oil base prevents the bio-availability and detains their effectiveness. OC “heat” levels can also be inconsistent due to variations in the concentration and mix of capsaicins found within pepper plants from crop to crop. PepperBall therefore chose to produce a more pure and powdered form of Capsaicin II for its active irritant to offer a hotter, faster acting and more consistently reliable affect – round after round, spray canister after spray canister.

Who is using PepperBall products?

Since its introduction in 1999 the PepperBall system has been deployed by more than 5,000 law enforcement agencies throughout the world. PepperBall users include the Federal Bureau of Prisons, the United States Border Patrol, and police and sheriff’s departments of major US cities including New York, Los Angeles, Chicago, Washington, D.C., Dallas, Miami, Phoenix, Salt Lake, San Diego, Seattle, and more. They have been proven to be safe and effective in the savings of lives at the World Trade Organization riot in 1999, the NCAA 2002 basketball playoff riot, and the 2002 Winter Olympics riot in Salt Lake City. They also have been proven safe and effective in countless one-to-one or one-to-many scenarios such as “suicide by cop,” violent suspects, domestic dispute, barricade busting, and other law enforcement encounters.

Are PepperBall projectiles the same as a paintball round?

Can paintball rounds be shot from a PepperBall launcher?

No. PepperBall Technologies, Inc. does not suggest nor can we warrantee your purchase of our projectiles or launchers should use them in any products other than those you purchase from PepperBall. This policy protects our customers from potential problems at the time of product usage. Because our products are used primarily to diffuse and resolve dangerous situations where lives may be at stake, it is important that your launcher and rounds work together flawlessly. PepperBall has therefore designed, manufactured and tested our launchers and rounds to do just that.

Use of PepperBall launchers with PepperBall projectiles insures that your shots:

PepperBall has often heard of our rounds jamming and breaking inside Paintball launchers. We have designed and tested our launchers and projectiles to prevent jamming so you may avoid this annoying, disruptive, and potentially dangerous occurrence, and therefore highly recommend you use only PepperBall launchers together with PepperBall projectiles.

Can PepperBall projectiles be shot from a paintball launcher?

No. We do not warranty the use of PepperBall projectiles in any launchers other than those sold by PepperBall, which have been tested for accuracy and reliability.

What is the typical physical reaction when hit with a live (PAVA) PepperBall projectile?

PepperBall projectiles subdue suspects with a combination of kinetic impact, psychological shock, and PAVA (Capsaicin II) powder. The sting of the impact of PepperBall projectiles causes a psychological impression of being shot, which is combined with the strong irritation of the PAVA powder to the suspect’s nose and lungs. When inhaled, the PAVA powder within the PepperBall projectiles leads to coughing, shortness of breath, and, in some instances, vomiting. Some individuals may also experience eye irritation. All officers should be aware that up to 14 percent of the general population might not be fully affected by chemical agent exposure.

How do PepperBall projectiles compare with paintball and beanbag rounds?

Paintball rounds have a gel coating that can distort or blister in extreme heat or cold. Beanbag rounds can break skin and must be fired at least 15 feet from the target and only rely on pain compliance. PepperBall projectiles have an operating temperature range of -30°F to 150°F. The projectiles are built to burst on impact and can be safely fired at point-blank range delivering a combination of psychological, kinetic, and chemical effects.

Will PepperBall projectiles break when shot at suspects wearing thick layers of clothing?

Suspect clothing is an important consideration when evaluating individual targets. For example, if a suspect is wearing a heavy jacket or very loose clothing, there is a possibility that the PepperBall projectile could impact without breaking. In these cases, lowering the suspect target zone to impact on the lower torso and legs, or striking projectiles off nearby walls are often effective solutions.

Is it necessary to wear a throat collar when training with the PepperBall system?

Yes, if you are the target. Although the eyes, face, and throat should never be targeted, PepperBall projectiles will leave welts or bruises on unprotected skin. There are some sensitive areas of the throat and neck that could become injured if accidentally hit. Throat protection is suggested when training with PepperBall projectiles to prevent injury.

Is it necessary to wear a full-face mask when training with the PepperBall system, or are the goggles or safety glasses sufficient?

We recommend a full-face mask, as well as throat and groin protection for training purposes. Training staff also should be cognizant of providing additional chest protection to officers as necessary.

PepperBall projectiles will leave welts or bruises on unprotected skin. Although hits to exposed skin are discouraged, much of the value of projectile-based training comes from the pain aversion associated with the sting of the impact from a PepperBall projectile. It is possible that by eliminating the sting and the “I’ve been shot” psychology inflicted by the projectiles, some of the training value of the PepperBall system is lost. Trainers should decide on how much pain penalty is permissible in their unique training environment and pad students accordingly. It may be advisable to pad role-players and training staff with protective vests since there is no training value in pain consequences to these personnel. Training staff should be careful to provide additional padding for officers to protect soft-tissue areas.